AtoZ Challenge - V is for Valerian 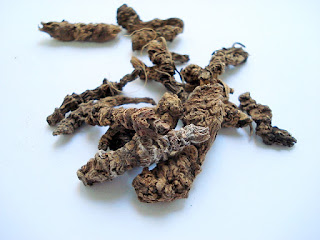 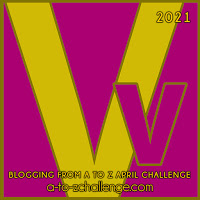 It did not take much convincing to recruit the shiners and a few Others to launch a rescue mission for the detainees. For some reason, taking risks and going against the controllers was a thrill they wanted to enjoy. Not long ago, Holly thought these individuals to be criminals and reckless, hateful people. But now, she saw how selfless and adventurous they were. Fear was part of their humanity because they accepted it and ignored it. She spent her whole life in fear of doing the wrong thing, but the Others lived alongside that fear as if it were necessary for life, like breathing.

Holly discovered she could bypass any body scanners, even those leading into secure areas. Sybil must have uploaded her body signature as an override. Did she do that from day one? Was that why she could access the hidden levels before she knew everything going on?

The journey to the corridor was the easy part, but figuring out a way to get the detainees without harming anyone was much more difficult. Luckily, the shiners not only knew their alcohol and their compost, they knew quite a bit about ethanol, too. Including how to use it to develop diethyl ether. Holly was not sure how they learned all of this outside of simulation training, but she did not particularly care since it was helping her achieve her goal of setting people free.

With Holly creating no trace, she easily bypassed security systems and installed the canisters prepared by the shiners. While Holly understood botany just fine, deep chemistry was beyond her. She did not question the contents of the gases she was about to release. The Others earned her trust and she easily accepted their word that the mixture would not harm anyone beyond a hangover—whatever that was.

After twenty minutes, Holly led the group into the secured corridor and to the detention chambers. The mixture worked perfectly, everyone was asleep and still breathing. They loaded anyone not in a controller uniform onto an electric cart. While this was being done, Holly searched every corner in every chamber for Sybil’s avatar.

When this was all over, she was going to serve everyone a steady dose of Valeriana officinalis. Valerian would help everyone fall asleep quickly and not create any drowsy effect. She hoped no one was part of the small percent who reacted to it as a stimulant. Hopefully, it would prevent insomnia in anyone getting adjusted to their new reality. When these people woke up, they were going to have quite a shock. It might take some convincing to get them to ingest anything smelling like old, sweaty socks, but the results would be worth it. It could even be used long-term as a nerve tonic. She would need to keep plenty on hand and be ready to administer it to them if anyone became restless.

She entered one last chamber. This one was covered in screens and panels. In the corner, she spotted a blanket hanging over something bulky.

“It is just an avatar,” she told herself. “Sybil is fine even if her body is not.”

Underneath the blanket, cords and wires twisted and slithered their way into ports on the nearby panel. A small, slippered foot tapped the floor gently beneath the edge of the blanket.