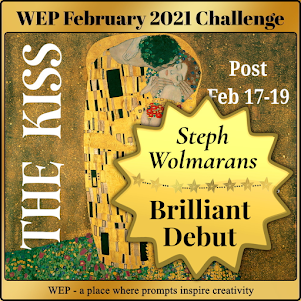 The strange thing about immortality is at first it is miraculous, then it becomes a curse, then it makes you question who you truly are. When I was young I asked about my father. My mother told a sweet tale about a man who loved her so much he sacrificed everything.

“He sacrificed everything,” she repeated. Her eyes gazed far into the past and sadness drew small wrinkles beside her mouth.

I became afraid to ask again until one day, no time remained. She was gone from my eternal life, cursing me to loneliness. Not long after I discovered her journal.

I came across a strange swarm of tiny lights in the forest today. They were so tiny that alone, they would never be noticed, but I noticed them. They hung in the air over my favorite patch of kam’melie-n flowers. No afternoon rest for me today.

The shimmering cloud was there again today, waiting nearby. I went closer and it became smaller, softening its colors. It welcomed me, so I lay with the flowers today. It truly brightened my own colors, but I did not rest, for the cloud kept my attention.

I could not believe my eyes. I thought the flower patch doubled in size. When I stepped closer, half the patch drifted into the air, forming my friendly cloud. It was extraordinarily beautiful. It glistened and shined in waves to greet me. What an incredible trick to mimic my favorite flowers flawlessly.

Days without my extra rest takes its toll. My colors are dull, I could not stay awake to watch the shimmering cloud. I slept peacefully beside it with the most pleasant dreams. When I woke, I could not see it, but I felt it near. Perhaps it mimicked a tree, or moss, or a crane.

I spoke to the cloud today. I asked where it came from. There was no response, so I sang my favorite song. Petals soft drop over me, love’s sweet breeze pleases me, taste the colors of the trees, when the bless’d wind blows free. The words came alive while I slept.

The cloud appeared darker today. It was narrow and tall and hummed my song. I named it Ho’en. He is a friend with no face. This does not frighten me, but I cannot look away. I want to see his face.

Ho’en spoke today. He is an explorer sent to learn about my world. He said he does not want to know anything else about it, just me. Time with him makes the colors on my skin brighter.

Ho’en tried to mimic my kind. He shimmered, more opaque. He looked tall and strong, his voice sounded smoother and less like an echo in a cave. His skin patterns were dark, not colorful like mine. This saddened him. But I like it. He is special.

I was alone today. The loneliness was bitter and familiar. I cannot say more.

Ho’en returned with terrible news. He is called to rejoin his kind. He does not wish to go. It is a one way journey, jumping from world to world. He was created to record and observe. I cried. When he pushed the tears off my cheek, I cried even more.

The patch is a deathbed in his absence. I still feel him close somehow. I slept in the flowers, watering them with my tears. In my dreams Ho’en holds me close and hums my song. He tells me he can create anything with his power. He can mimic and become anything he wants as long as he has studied it. He said he would create a gift for me. I do not want a gift, just him.

Ho’en came back! He seemed stronger—a clear voice, firm touch, and sweet words. He told me he would give up everything to be with me. My happiness cannot be contained.

I will have a child! I knew the love that we made was all-consuming, but I never believed we could create a life. Ho’en reminds me he can create anything he has studied. He saw in my dreams I wanted a child. I am full of the life we created together. He tells me his life does not end because he does not have a true form that can age. He tells me he was created by beings like me who desired to record and compute the infinite universe. He says he is not alive like me. I do not understand this.

Ho’en explained more, but I do not believe it. He is made up of thousands of dust sized creations that interact and bond. He says those creations are disappearing. He drained them to create himself for me and without the others, he cannot generate more. As more of him loses power, he loses control over his form. He promises I will never be alone because of the child we created. He says she will never die because she can create her own tiny creations and they will always keep the form I have given to her. She will replenish her life forever. Can this be true?

The journal ended that day. My mother could not speak of the pain she suffered even in writing. I found one last item in the journal—a shimmering image of my parents. When I look at it, the life he gave up shines brightly. It is the last thing he created for her. He sealed himself to the surface using his last remaining power.

As I look at the image I see patterns. It is speaking to me like a language I understand. It is a message, coded in rhythms and amplified by colors. I know how to find the rest of my father. I will know who I am. 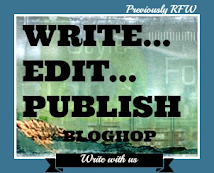 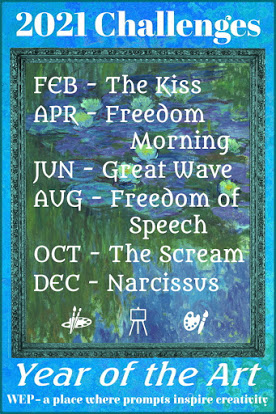