AtoZ Challenge - I is for Idaeus

For the AtoZ Challenge, I will post an episode of flash fiction featuring an herb for the letter of the day for the month of April. The episodes are glimpses of a larger story. To read from the beginning:  A, B, C, D, E, F, G, H. 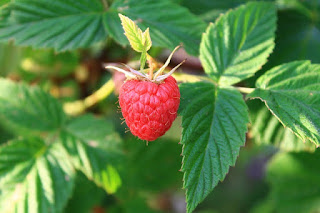 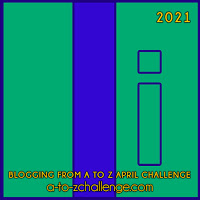 “There are two variants of this Rubus, idaeus and strigosus. Rubus idaeus is the red raspberry that was most widely cultivated, but the other was actually more potent,” Sybil said.
“I’ve tasted raspberry flavoring before, but never seen the berries,” Holly said.
“They are best eaten quickly and fresh, which is the exact opposite of the methods used by nutrition control,” Sybil said.
Holly knew this to be true, but why was it true?
“I didn’t even know the leaves were valuable,” she said.
“Highly valuable,” Sybil replied. “I provide it for everyone but in particular for women, even during pregnancy. It contains high concentrations of iron and calcium, which most women need more of, and is astringent, so it can ease their cycle. The fragarine is good for healthy pelvic muscles, too.”
“Speaking of pregnancy, how were the first generations created?” Holly asked. She had been trying not to bring up their conversation in the forest, but the truth was weighing on her.
“Mechanic fertilization inside an amniotic tank,” she said.
“Why?” Holly asked. “What happened to the others? Who made the ship?”
“Humans made the ship but did not have time to build the infrastructure to sustain life. They left me to do that. I was supposed to find a new place for you to live, and assist the rebirth of civilization. But after reviewing your history, the earliest centuries of a new society are often the most destructive. It seemed best to allow you to work out those tendencies on a ship that I could repair instead of on another planet you could destroy.”
“The forest level is a test?” Holly asked.
“Actually, I started with plants. I learned everything I could about them first. What do you imagine would happen to the forest if I allowed everyone to see it?”
The image awakened Holly’s defensive instincts. She considered the worst outcomes:  thousands of feet trampling the moss, hands scattering the beautiful river rocks, fruit being ripped from the branches before fully ripened, and the papery leaves torn from the ginkgo tree one by one. It brought her back to the guilt she felt regarding her position. If everyone took from the fields as they pleased, and used water to prepare decoctions, the waste would be unimaginable. She possessed a truly special gift of freedom to explore and learn through her senses and as a singular person, the destruction was minuscule and insignificant. Was her freedom sustainable for the entire population?
Fear emerged deep inside Holly. Her behavior since being with Sybil was not just bordering on criminal, it was criminal. She was in violation of conservation controls. She did not participate in simulation programs for colony preparation and even had break days. She was officially “out-of-control.”
Any thought of reporting Sybil for shining or dementia vanished when she realized her own guilt.
One more thought circled in her mind. Sybil said, “...another planet to destroy.” Holly was possibly in the presence of the only recorded history of the human race prior to their ship. The weirdest part was Sybil seemed to think knowledge about plants was the most important thing Holly needed to learn.
Posted by Steph W. at 5:00 AM