AtoZ Challenge - N is for Nettle

For the AtoZ Challenge, I will post an episode of flash fiction featuring an herb for the letter of the day for the month of April. The episodes are glimpses of a larger story. To read from the beginning:  A, B, C, D, E, F, G, H, I, J, K, L, M. 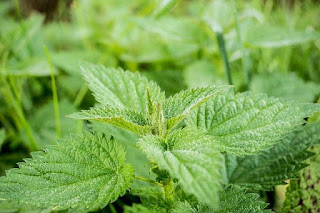 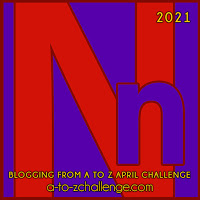 The first time Holly harvested nettle, she mistook it for mint. Her hands tingled with excitement when she plucked a stem from the garden plot and lifted it to her nose. Unfortunately, they tingled quite a bit more after that.

She remembered the raspy cackle echoing from the chamber walls while Sybil’s shoulders bounced up and down. She also made a joke about the rash being a remedy for being too cold. All one had to do was rub down with a handful and warmth followed. Holly did not find it funny and nursed her fingers the rest of the day. Perhaps as a gesture of apology, Sybil made her peppermint tea upon returning to their work bay. She almost missed those moments of humiliation.

Holly eyed the pile of dried nettles on the table where the robots continued sorting and garbling each day. She thought the dried form was safe to handle but wanted to be sure.

A dormant screen next to her on the table illuminated with the entry.

“You are going to visit the Others today,” Sybil said through the screen. “One of the young girls is struggling with anemia, just started her cycle. She needs a good source of iron. Take the eggs and make her a nettle omelet while you visit with her family.”

“Her family?” Holly knew what the word meant, but no one old enough to have a cycle still lived with her family. As soon as children could feed and care for themselves, they moved into group housing until they received a partner. Her apprehension to meet the Others had not wavered.

“If you want to truly fill my role, you need to learn how to interact with the others. You will need to be generous with your acts of service. Become someone they rely on, when the truth is, you will rely on them. Their needs become your purpose.”

Sybil directed her on a path to the composting level where she first saw the shiners. Holly entered the large chamber so nervous her teeth nearly cracked under the pressure of her clenched jaw.

"It's about time you came by," one of the men said. He stepped out of the nearby portal and grinned under a heavy mustache. "Are you delivering? Or picking up?" he asked.

Holly lifted her basket in response. "Delivering," she said.

The man walked to a panel on the wall behind one of the vats. A giant sign displayed a contamination warning. Ignoring the message, the man pushed aside the panel and stepped inside.

Holly swallowed her fear and followed him.