In a past life, I was a very wealthy and fierce warrior with great power. I used power for selfish reasons, and caused suffering in many small villages. It was not until my last battle that I realized the path I had taken was flawed. I left the battlefield injured inside and out. I lost one eye, but my third eye opened wide. I abandoned the spoils of war and fled luxury to find a home outside of a quiet, seaside village. I removed the blade from my spear and replaced it with a blood-stained stone, collected from the mangled earth of my last fight. With this staff by my side, I created a new life, a solitary life.
One day, after surviving for a decade in a small hut near a rock outcrop overlooking the sea, I received a visitor. He asked if I was the great warrior he had looked up to all his life. I did not answer. He asked where I lost my eye. I did not answer. He asked why I lived here all alone. I did not answer. At that moment, I saw my past, my present, and my future unravel like a twisted rope that had been cut. The young warrior, frustrated with my silence, tossed me off the cliff and into the sea, shouting that I would take my secrets to a watery grave.
I drifted in the waves as I drifted through time until I was born into this life. Now both the enemies and the battles are on the inside. Rather than destroy lives, I shape them. I have taught hundreds of children and have created two of my own. My army consists of two black cats who guard and protect us from evil both seen and unseen. I care for the land, instead of conquering it. I break open the earth with fingers and trowel, not spear and arrows. The only blood to be spilled on the soil is my own. And the only battle cry that I respond to is the sound of the rain, and the wind, and the thunder. 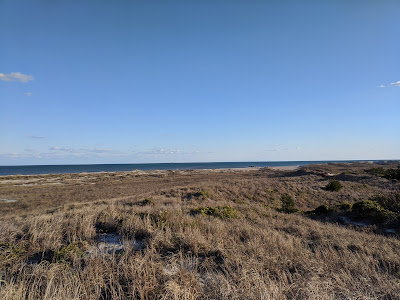 The warrior inside remains dormant as long as it is well fed. I read once that you become the part of you that you feed, but I believe that it is the opposite. The demon who goes hungry will be far more dangerous than the one who is satisfied. Life is balance, not denial.