For the AtoZ Challenge, I will post an episode of flash fiction featuring an herb for the letter of the day for the month of April. The episodes are glimpses of a larger story. To read from the beginning:  A, B, C, D, E, F, G, H, I, J, K, L, M, N. 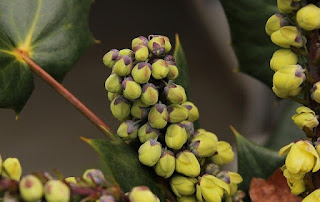 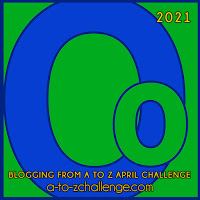 Walking to the hidden level of the Others quickly became part of Holly’s midday routine. If Sybil had told her the first day of training there was an entire population of people living outside the reach of the controllers, she would have run out of the cargo bay in disbelief. Somehow that truth was harder to accept than knowing Sybil was the ship’s AI.

Holly missed the companionship of Sybil’s avatar and constantly worried about her, but visiting the families living beneath the known levels became a comfort. Their company allured her enough that she decided to bring along the whole rhizomes she harvested and prepare them on site.

She tapped on the wall panel labeled with a large contaminant warning behind the composting vats. One of the shiners peaked out of the chamber nearby and gave her a nod, then the panel clicked and receded into the side of a frame.

A rush of young children ventured her way covering her arms with gentle caresses and squeezes. Their tiny fingers plucked flowers from the top of her basket. She placed them there for exactly that purpose. Bobbing heads waved with colorful blossoms as they darted away. Holly compared the interaction to the cold, silent environment she encountered each evening when she returned to her assigned quarters and wondered why she could not just stay with the Others instead.

She made her rounds to check on anyone needing care, then sat with her basket to begin working. Her intention was to listen to their stories while she performed her tasks, but instead, the curiosity of the others took over.

Her sharp knife scraped across the long root of the rhizome revealing bright yellow beneath the dull outer layer.

“It is called Berberis aquifolium, or Oregon Grape. The berries are interesting, the flowers a bittersweet treat, but this is where the most important part is,” Holly said.

The blade of her knife tapped the exposed yellow layer.

“When I’m done, we will make a decoction and use it to soak the dressing for Rixa’s wound. The antimicrobial properties will keep that nasty gash nice and clean.”

Her hand continued to scrape the yellow from the plant into a small pile in the bottom of her basket.

“It is dreadfully bitter,” she continued. “But still very good for you. Did you know the upper-levels think bitter is bad? I used to think so too, until I got used to it. Now I know that it is just another flavor and can give me clues about how a plant can be used. Like this one. That bitter flavor starts the saliva flowing and moves digestion, protecting the stomach lining and helping to clean the bad bacteria like salmonella and giardia out of the body’s system. Too much, though, and the good bacteria can suffer too. Bitter, like all flavors, needs to be balanced.”

She pinched a small piece and placed it in her mouth. Her teeth chewed for only a second before the flavor filled her mouth. The strong sensation only made her miss Sybil more.

Sybil had been strangely quiet for a few days. Holly still had access to the database and was able to use her screens for accessing the maps and notes, but there was no conversation or assisting commentary. She tried to peel away her concern with each layer of bark she removed from the root.

Mere moments after her mind became more settled the lights overhead dimmed slightly, then recovered. She tried to ignore it, but the sound of the air in the vents faltered, too. A thought echoed across her mind—Sybil controlled life support. Her anxiety returned and her knife scraped a little faster. It was time to find out why Sybil’s avatar was still in custody, and why her entire personality appeared to be missing.

An extra treat for you. I found this video and really loved his presentation of Oregon Grape. Enjoy!