AtoZ Challenge - T is for Tulsi 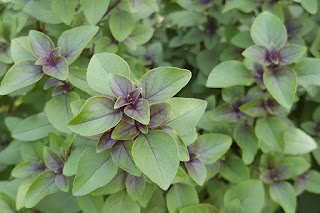 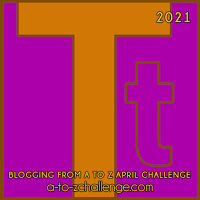 The secret corridor haunted Holly’s dreams. She did not believe for one second her existence was being overlooked by the controllers by mere chance. Sybil must be masking her image in addition to her trace. She was never questioned regarding her connection with the shiners, nor was she accused of being responsible for the rosemary scent bombs. Despite this invisible shield that protected her, she still knew the dangers of trying to actually enter the corridor. Sybil was still out of her reach.

Holly continued to care for the Others but spent less and less time away from the apothecary bay. Most of her attention went into sorting conditions and the remedies she planned to administer. For Sybil, keeping track of ailments, coordinating the timing of harvest, and scheduling visits came naturally with her programming. Holly briefly wondered if humans would ever be able to condition themselves to be so efficient. But what would they sacrifice to attain those abilities?

She finished setting up her tasks and visits for the following several days when a message came through on her screen. It appeared encrypted. She almost overlooked it as a random error message, but the last word caught her attention. Tulsi.

Level six, corridor sixteen, chamber three hundred twenty-eight. Holly chewed on her bottom lip for a moment. She could almost smell the jasmine oil being rubbed into the old woman’s scalp by Sybil. That particular chamber was full of fascinating designs called art and a very frail old woman who no longer had a companion. Holly failed to visit her since Sybil was taken into custody. A deep sorrow weighed in her chest.

Tulsi was also very familiar to her. It was one of her favorite teas. Ocimum sanctum—Holy Basil—had an incredible aroma and even better taste. She was so upset the herb had slipped through her mind she nearly forgot the message that brought it to her attention. Every part of the plant had benefits. The flowers eased bronchitis, the leaf oils soothed itchy skin, and the whole plant helped stomach conditions and eye diseases. But Holly’s favorite property of the plant was its use for fighting anxiety and stress. No matter the source of the stress, Tulsi could help the body adapt. This was the herb she needed most to get through this time.

Holly quickly gathered a batch of dried herb, her tea set, and a bottle of hydrosol. She had a visit to make and did not want to lose any time. The message could have only one origin—Sybil. Perhaps she was still monitoring everyone and discovered the old widow needed something. Holly would find out what it was.