AtoZ Challenge - P is for Peppermint

For the AtoZ Challenge, I will post an episode of flash fiction featuring an herb for the letter of the day for the month of April. The episodes are glimpses of a larger story. To read from the beginning:  A, B, C, D, E, F, G, H, I, J, K, L, M, N, O. 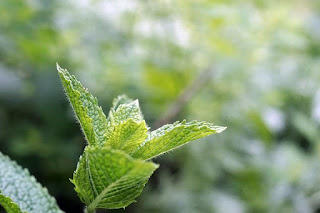 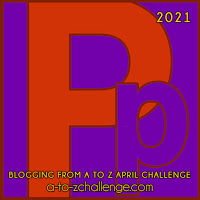 Holly sat down with a cup of peppermint tea. The cargo apothecary was clean and organized, all the piles of herbs packed away and stored. She held the cup under her nose and breathed in the cool, sweet scent.

“Mentha piperita,” she said. Scents were strong memory triggers for her and she tried to say the scientific name each time she smelled an herb to help her remember it.

None of the nearby devices activated at the sound of her voice. It was just one of the new symptoms she noticed since the lights and air vents started glitching.

“You’re supposed to tell me the fragrance soothes headaches,” she shouted.

Holly jumped from her stool and nearly dropped her cup.

A slight static echoed around her from multiple sources. “Sup… posed to… make you… concentrate… clearly not… working.” Holly almost thought the static sounded like laughter.

Her mind raced. What was it all supposed to mean?

“Something is wrong,” Holly said aloud.

The static around her fell silent and she stood frozen in thought.

“Something is wrong,” she repeated to herself. “That is the message. You’re in trouble.” The controllers did something to Sybil. Perhaps they discovered her avatar was not human. Did they purposefully try to harm her?

If the controllers did discover who Sybil was they would likely come for her next. Her continued freedom was a good sign that they did not know everything. She sipped her tea again, begging the peppermint to clear her mind.