AtoZ Challenge - A is for Alfalfa

For the AtoZ Challenge, I will post an episode of flash fiction featuring an herb for the letter of the day for the month of April. The episodes are glimpses of a larger story. A link below the comments can take you to the "newer" post so you can read along in order. You can also use the blog archive to the right to select the next letter. Happy reading!

Hot yellow-brown liquid splattered against the dark metal bulkhead. Holly wiped her mouth with her sleeve.
“What in the name of all things science did you just give me?” she asked. She pulled her tongue across the backs of her hand. “Was that tea made from the compost on the livestock level?” She spat.
The old crone cackled at her, then abruptly stopped. “You are going to clean that up.” She handed Holly a microfiber cloth covered with layers of questionable stains. “You said you were feeling some fluctuations in your cycle lately. Alfalfa infusion helps balance your estrogen, makes your body regulate itself better. But it does taste like it was stirred with a stall shovel.” Her shoulders bounced up and down as she laughed again.
Occasionally, Holly wondered why she chose to apprentice with the crazy old lady who occupied the inner chamber of the cargo level. There were plenty of other positions she could have chosen. Her math skills were strong and her spatial awareness even better. She could have joined the engineering program. But no, she spent most of her time wandering between the rows and platforms of the hydroponic levels. Since cooking did not interest her, and neither did robotics, this was the only option she had to work around plants. Sybil had no apprentice and was reaching the end of her life cycle. It seemed like a great opportunity for job security to Holly. Her future family would always be valuable thanks to her unique and useful position as the resident space witch, otherwise known as an herbalist.
“Alfalfa?” Holly asked. She reached for her screen and traced her fingers across the letters, selected a color, and waited for further information.
Sybil looked over her row of dirt-filled pots to peer at Holly’s screen. “Medicago sativa,” she said. “Leguminosae family.”
“A bean?”
Sybil nodded. “But the infusion is from the leaves. Watch out for an immune reaction in certain cases.”
Holly looked down into the cup of pale tea. Her bottom lip pushed upward and her nostrils flared. “Any other benefits?” She needed more motivation if she was going to take another sip of this tea.
“Vitamins A and C, even K, niacin, riboflavin, folic acid. Minerals, too—calcium, magnesium, iron, potassium.”
“Sounds good for pregnancy,” Holly said.
Sybil agreed. “Start it in the last trimester, or earlier to ease morning sickness, but check for other health concerns first. It will help milk supply, too.”
Holly was not pregnant and did not plan to be soon, but she would try to finish her cup. She attempted to breathe out while she took the next sip, then decided she should probably gulp it and get it over with. Maybe if it was cold it would not taste so strong.
She added a few more notes Sybil shared—lower cholesterol, fight malnutrition, and effects of prolonged illness. It was a useful plant and served as an excellent feed for the alpacas. No wonder it tasted like a livestock stall. She made a note to seek a good companion herb to flavor the infusion.
Her finger hovered over the save symbol. She gave a quick tap and returned to scrubbing the bitter liquid from the walls and floor. A fair warning could have prevented the mess, Sybil clearly needed additional entertainment for the day. She swore the corner of her mouth turned up while Holly cleaned. She hoped it was not just the result of a stroke. She had a long journey before she could fulfill the role she desired. 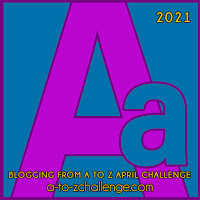