AtoZ Challenge - S is for Skullcap 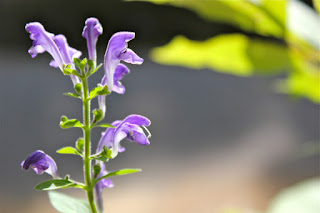 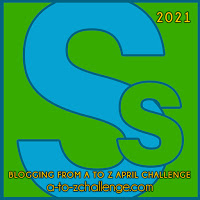 Holly was fairly certain she knew where the controllers went to control things. The rosemary scent bombs worked impeccably. Watching the little dark orange markers dart from the bathroom to the private corridor on her map was amusing. By the end of the day, the entire level smelled like rosemary. She heard a few conversations about it after everyone returned from their simulation shifts. It was the most interaction she had seen between people outside the Others.

One of the women stopped by her platform and paused a moment. The scent of rosemary must have been more stimulating than she thought because everyone seemed energized.

“Don’t you do stuff with plants?” she asked.

Holly nodded. “I do. I am an herbal healer.”

“I thought you were just an apprentice.”

“My mentor has been unavailable, so I am on my own now,” Holly said.

“Oh,” she said. “Well do you have anything to help me sleep? All this commotion has everyone chatty and I have enough stress right now. I don’t need this distraction. I need to concentrate on my programs tomorrow.”

“Can I ask what you do in simulation?” Holly asked.

“That’s right, you don’t participate in colony-support sims. I’m a genetic engineer. We are working on ways to make people more efficient so we won’t even need sleep or so much food. We want to remove the parts of us that prevent us from being more powerful.”

“I see,” Holly said. She could hear Sybil’s voice in her mind saying, “The things that make you human.” She grabbed her basket from beside her and pulled a bottle out. Her hand gestured for the woman’s cup of water and she dropped three drops onto the surface. “Scutellaria lateriflora, skullcap, it is a sedative. This will help with insomnia and anxiety. There are some other benefits, like inhibiting histamine production, but you probably don’t care about all of that.”

The woman stared into her cup with skepticism then took a drink.