AtoZ Challenge - U is for Uva Ursi 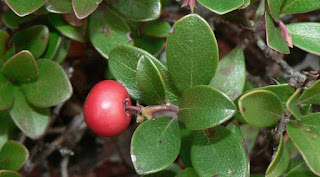 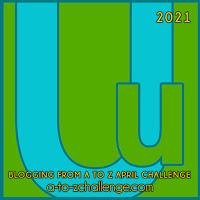 Holly studied the vial in her hand. Arctostaphylos uva ursi would be given for a bladder infection. She remembered nearly every detail of the artwork hanging on the wall, but could not remember the frail, old woman’s name. Holly frowned. A serious bladder infection would be a difficult ailment to overcome for such a weak person. The medical controllers likely provided little or no care, and now she was gone.

The herb could also help sprains and sore muscles, too. Maybe she just needed it externally. Holly put the vial back on the shelf and looked around the empty quarters. The wishful thinking faded while she examined the rest of the tinctures and noticed the mold growing in a bowl of greens on the table. She could no longer help the woman.

On her way back to the apothecary she stopped by her quarters to see if anyone else was in need. She did not want to sleep there but preferred if the others did not notice. Sitting on her platform she scrolled through her list of appointments for the next day. The chamber was unusually quiet. Her eyes scanned the room and found it still empty.

Holly looked back at her screen and opened the tracking program Sybil gave her. Everything was still. All the orange marks were in simulation chambers. Confusion flooded her mind. It was far past the last meal. Maybe the program was not working and she had the wrong time.

Walking through the empty halls reminded Holly of the hidden levels. The mess was empty, the bathrooms were empty, the corridors were all empty.

A voice shouted behind her. “Another one!”

She turned, startled. A group of controllers approached her with steady steps, their dark orange uniforms shifting over their padded armor. Behind them, several people huddled together surrounded by more controllers. Their eyes were wide with fear.

“What is going on?” Holly asked.

“You are not supposed to be here,” the first controller said. “Extended simulation was assigned so we could locate violators. Come with us.”

“But I’m not in violation,” Holly said. “I’m the herbal healer, I do not attend simulation.”

“It was mandatory for all. If you did not receive the message, that means you are disconnected from head control and therefore in violation.”

Holly’s heart tapped a swift pattern in her ear. This was not supposed to happen. She had not noticed anyone near her on the screen. The tracking program was inaccurate. The controllers somehow removed their own trace from Sybil’s program. Sybil was compromised. Holly spent so much time with the Others she did not notice the changes. There was only one option. She hoped they did not get access to the hidden levels yet. She ran.