AtoZ Challenge - R is for Rosemary 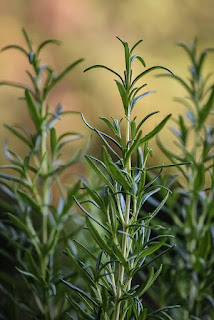 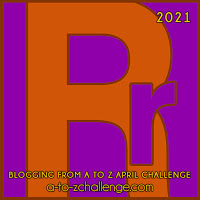 After a few days of monitoring the movement of the controllers, Holly discovered there were three places they never left unoccupied. Two were locked corridors and the other was the bathroom.

Holly needed to know which location they used to monitor the ship’s systems. If they knew what Sybil was, they were likely trying to override her somehow. One thing controllers could not tolerate was someone else trying to be in control. Unfortunately, that was a risk for every living thing on the ship. If Sybil was disconnected, the entire life support system could fail. In addition, she was the only one who controlled navigation and propulsion. They could lose their gravity and even wind up crashing into a star without her in control. None of those options were good, but mostly, Holly just wanted her friend back.

In the corridor near the bathroom where the controllers spent so much time, Holly planted a bomb. It was not the kind of bomb that would harm anyone. On the contrary, the result could actually relieve some headaches and help with circulation and digestion.

She soaked several old rags in oil from Rosmarinus officinalis. Rosemary oil would be extremely difficult to ignore given its potency. She hated to waste the product, but it honestly did not take much to do the trick.

She placed some of the oily rags around the hot water pipes, and others inside the air vent. Already the area smelled fantastic and made her hungry. When she finished placing the scent bombs, she rubbed the oil from her fingers onto her scalp. No reason to waste it, and no one likes dandruff.

She planned to find a good place to hide and watch the controllers rush to their command center to try and solve the mystery. Which corridor would it be?