What does a writer read? 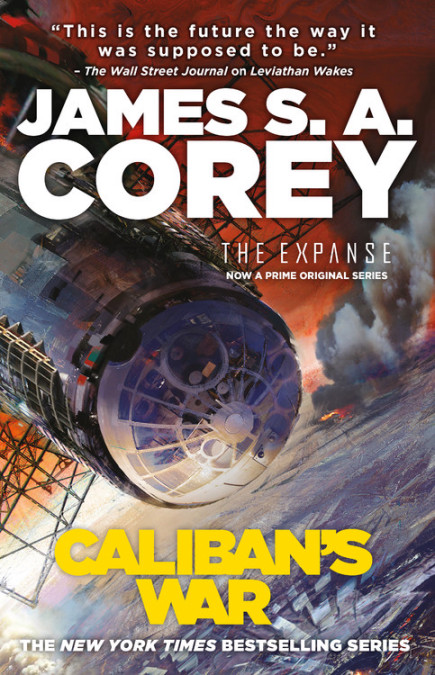 “If you want to be a writer, you must do two things above all others: read a lot and write a lot. There's no way around these two things that I'm aware of, no shortcut.”― Stephen King, On Writing: A Memoir of the Craft

The quote above is from one of the many books I am currently in the process of reading. Yes, I have multiple unfinished books―more than I can even calculate at this moment. I will be doing a completely different post about types of readers, but for right now, know that I am one of those types.

Another book I am reading is the second in the Expanse series. I love to read books that inspired film. I do not wish to get into the debate about which is better, or which should be done first, but I can tell you it is much simpler to watch something first and determine if the story is worth my time, than to find a new book by random chance and commit to the weeks it would take for me to read it. I have watched this entire series, and the characters are absolutely fantastic. I had to read the book(s).

I have often thought, given the large amount of science fiction I enjoy, that if we could just make it to the next step in our existence, then maybe humanity would be united. If we made first contact, or we all needed the same thing and worked toward it, or we just got smart enough, then we could be at peace with each other. I also often believe this to be completely fantasy. This series is perhaps a more realistic prediction. Although the humans in this version of the future are no longer judged by skin color or even gender, they have come up with a new way to divide themselves. You are from Earth, from Mars, or from the Belt.

This story was originally developed to be a MMORPG (Massively Multiplayer Online Role-Playing Game―think World of Warcraft). James S A Corey is a pen name for two authors who work together on the series. One designed the game concept, the other realized the potential as a novel series, and they went with it. They take turns writing chapters that focus on specific characters using third person limited.

Beyond all of that, it is a really good read. There is a lot of action, which keeps the book moving quickly despite the fact that it is big enough to assist your toddler in reaching something she should not have. Each one is over 500 pages (most close to 600) and there are nine. Those are just the novels. There are short stories and novellas and of course the games and TV series. Let's just say this can keep you quite busy and you definitely won't get bored.

Back to the characters. If I had a circle of friends, I would want them to be like these folks. It kind of reminds me of Parks and Recreation a little. Everyone has their character flaws, but they fit together so nicely and they each know what to expect from the others. The hero―he will always do the right thing at the wrong time with the best intentions. The engineer will ground everyone and keep anyone from screwing up too much (unless she is the one screwing up). The mechanic sees the simplest―most blunt―answer, and he will almost always be right. The pilot is kind of the outsider, but he fits in just perfect, and is often a tie-breaker.

Then there are the politics. It is always interesting to me to read about the motivations behind the actions. Centralized power is fascinating and creates an internal struggle within individuals to follow their leader, or think for themselves. It is, after all, how leaders are created. This book has a very powerful leader, even if she is pulling the strings out of view. She is proper, wears brightly colored saris, is extremely intelligent, and drops the f bomb at a pleasing rate. If she ran from president, I would quit everything and go serve her. Hell, if she wanted to be queen, I'd fight in that army. Woman has style. (And she is written by two men...go figure.) The actress plays her beautifully in the series, I can't wait to find out how the character develops in this book.

I think I love these kinds of stories because they are like reading about history. The conflicts and the people seem so real, and so relatable, but they are supported by fantastic glimpses of an alternate timeline. As a writer, creating a new universe is the most enjoyable part. I hope my creations can bring this much joy to someone else.